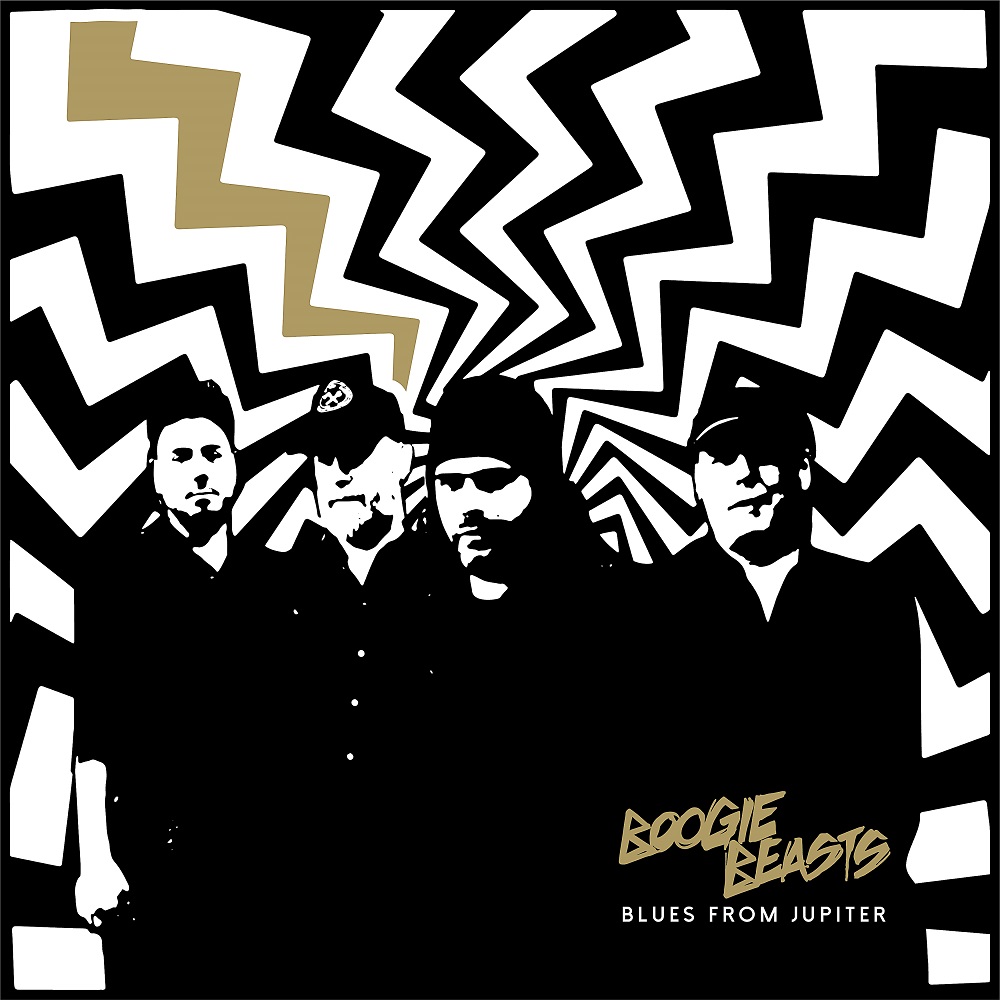 It’s early 2021 and due to COVID restrictions from the pandemic, venues and clubs are closed throughout Europe. Belgian blues rock band Boogie Beasts is forced to look for alternatives to celebrate their 10 year anniversary. On March 6th they are live on Facebook from Studio Jupiter, where they recorded their second and third album but also owned by their sound engineer Koenraad Foesters. During the entire livestream, Boogie Beasts honorttheir roots and biggest influence: the blues.

It resulted in an intense and energetic set of 11 covers that were received with great enthusiasm by the loyal audience the band has built up over the past decade. It took only a few days until the band was approached by Reinhard Holstein, owner of German record label Juke Joint 500, who came up with the idea to release this live session as an album. Boogie Beasts agreed but, as they were about to release their third album ‘Love Me Some’, they decided to postpone the idea to fall 2022.

Earlier this year, on March 21st, the band released lead single ‘Grinnin’ In Your Face’, a Son House cover, followed by a second one ‘Who’ll Be Next’ (Howlin’ Wolf) on  September 15th. Today, Boogie Beasts proudly present their fourth album ‘Blues From Jupiter’, out on German label Juke Joint 500 (CD & vinyl) and on Belgian label Naked (digital).

Boogie Beasts about ‘Blues From Jupiter’: a special ‘quickie’ between two albums

“We’re very pleased to announce the release of our fourth album, that is – in many ways – a special one. We’ve never released covers on single or album before, although we do play a few of them live. Always the Boogie Beasts way, of course, in our particular lineup: two guitars, harmonica & drums. People often ask us why we don’t have a bass player. Well, it’s not new. The Black Keys and The White Stripes have done it, but also bluesmen like Muddy Waters or Hound Dog Taylor. It makes the music sound more raw and we dig that.

Also, this album is a tribute to our roots. All four of us have different backgrounds but our common ground is our love for raw, passionate blues music. Particularly hill country blues, from artists like R.L. Burnside and Junior Kimbrough. It’s their hypnotic groove we’ve always been trying to translate into our own music. But we also like  Chicago blues artists like Muddy Waters, Howlin’ Wolf, Little Walter, etc. So, when we started in 2011, we all wanted to play blues but without copying our heroes. Boogie Beasts were born during a spontaneous jam session. We just started to play old blues songs and added modern beats and grooves to it. For the next four years, we continued to play covers, developing our own sound, until we started writing originals. Now, 11 years and three albums later, we’ve evolved as a band and we’ve created a very danceable style of our own, but you can still hear where we come from. So, this album is a selection of songs we like and that have influenced us. Some of them are new, others have been on our setlist for years.

On top of all that, ‘Blues From Jupiter’ is a live session. No overdubs. That way, the album is very honest and close to what we do live.

In short, we think this is a real treat for our fans who’ve been following us from the very start, but also for blues lovers who want to know more about our roots. A special ‘quickie’ between two albums, as we’re already working on number five as we speak.”