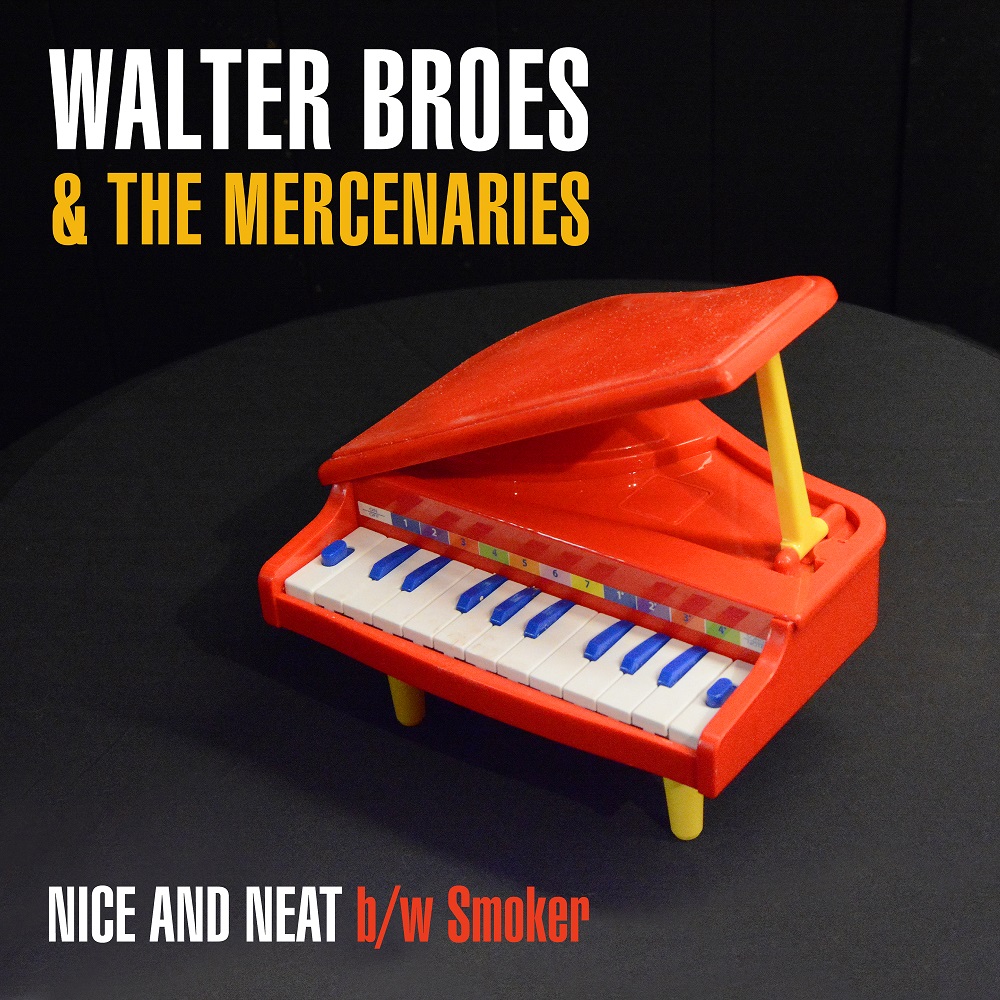 Walter Broes is one of few Belgians in the Roots music world who’s name isn’t unheard of in a lot of places outside Belgium – on the contrary, it’s a bit of an established given even.

For over 25 years, his music has consistently occupied the shady space somewhere between Rockabilly and Rhythm and Blues, with a punky rock and roll middle finger firmly held up.

Just like you, Broes hasn’t had the most riveting, happy or productive year. Does he have a bunch of ideas, stories, and….opinions… about all the things our wonderful society has had to endure in the course of the last year?  Absolutely, but he really doesn’t want to bother you with those.

What he does want to bother you with is “Nice and Neat”, the new single by Walter Broes & The Mercenaries, his steady trio of the last few years, supplemented with Niels Verheest’s piano for the occasion.

Nice an Neat is 120 seconds of indecent, raucous, unpretentious rock and roll, the kind of thing Broes thinks there should be more of in your life. A lot more of that, you know, and a lot less of the other…